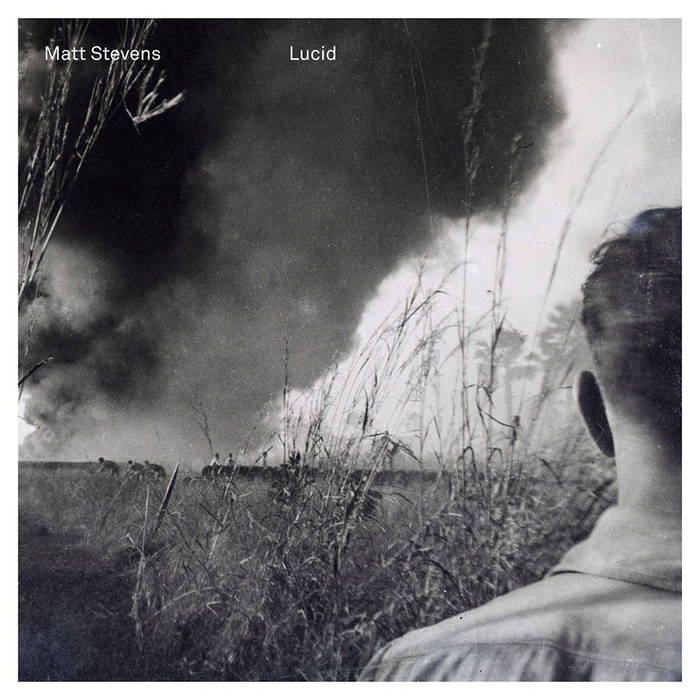 willy vlyminck This is superb guitar led prog rock at a very acceptable price. I saw on FB prog site a question, "Who is your favorite Guitar player"? As expected all the old names but no Matt Stevens or any of younger generations guitar players.This explains a lot why somebody like Matt Stevens isn`t a real household name, but after listening to this work, some might change their mind.

Carsten Pieper This one is quite different to his previous (acoustic-guitar-centered) solo albums (at least, as far as I know them), covering a much broader spectrum of the Land of the Proggy Rocks. Of course, there are still example of his acoustic guitar skills, but there are some wailing electric guitars as well. And many guest musicians (among them (on "Ascent") Crimso Mastelotto!), so this feels more like a band album Favorite track: The Bridge.

or Amazon or your local record shop.

Esoteric Antenna is pleased to announce the release of the new album by
acclaimed guitarist MATT STEVENS. Noted for his work as both a solo artist
and as a member of Fierce and The Dead, “Lucid” sees Matt joined by a
host of guest musicians including drummer Pat Mastelotto (King Crimson),
Bass guitarists Lorenzo Feliciati (Naked Truth), Charlie Cawood
(Knifeworld) and Kev Feazey, keyboard players Jem Godfrey (Frost) and
Emmett Elvin (Chrome Hoof / Guapo), violinist Chrissie Caulfield
(Helicopter Quartet / Crippled Black Phoenix), vibe player Jon Hart and
Nicholas Wyatt Duke (Trojan Horse) on Spoken Word.
Speaking about his new album Matt states; “Lucid took three years as I
really wanted to make this one a significant step up from the previous
albums. It’s inspired by a bit of a dark time, but hopefully it’s an uplifting
record. I’m so proud of the people who played on it, working with people
like Pat Mastelotto on drums from King Crimson and Jem Godfrey from
Frost* was amazing but all the players really were outstanding. Stuart
Marshall (Fierce And The Dead) and Charlie Cawood (Knifeworld) were
the rhythm section for a lot of the tracks. And it was great to have
Chrissie back who played violin on the previous records. It’s a record that
reflects my love of Jesu and Celtic Frost as much as the Mahavishnu
Orchestra and King Crimson or even Peter Gabriel and I’m really proud of
it. If you’re not going to take risks and try and do something interesting
what’s the point?”

As befits this most unique musician, “Lucid” is a carefully crafted work,
and one that is surely to be one of the Progressive Rock highlights of
2014

All songs written by Matt Stevens
Produced by Kevin Feazey

Art and design by Carl Glover

"This is a unique album coming from a unique musician and one i would seriously implore anyone to experience it."Music Mafia UK ... more

Bandcamp Daily  your guide to the world of Bandcamp